This is a little late but better late than never. For christmas I built my brother a Raspberry Pi retro station but I didn’t want to just get him jsut any usb controller so I thought it would be more to use an Xbox controller. This actually came to fruition over a conversation where I found out that the original xbox controllers use a USB end with a bit of cosmetic modification. After checking out youtube for some tutorials I confirmed what I had learned and decided that I had to make one myself. I didn’t have an xbox controller but I solicited facebook to trade a beer for a controller, not too many play xbox nowadays but everyone drinks beer. I used a random USB cable I had laying around for my sacrifice for the USB end. I cut both wires and actually found something to my surprise.

And the ends a little closer up: 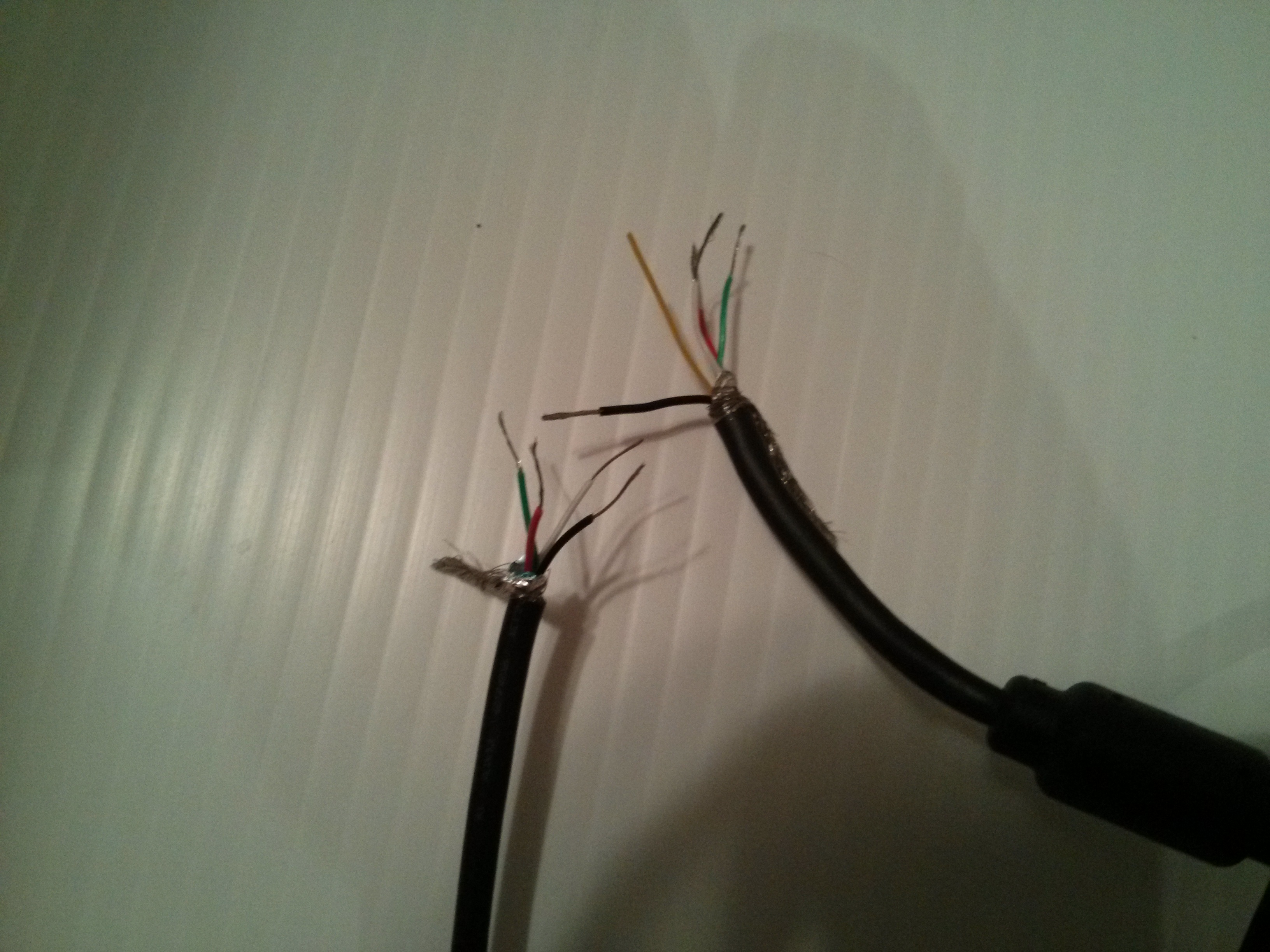 unlike the tutorial I read my two cables actually matched colors. This made it much easier to avoid confusion during the soldering process. I soldered and heat shrinked the wires together and left the extra yellow wire on it’s own. 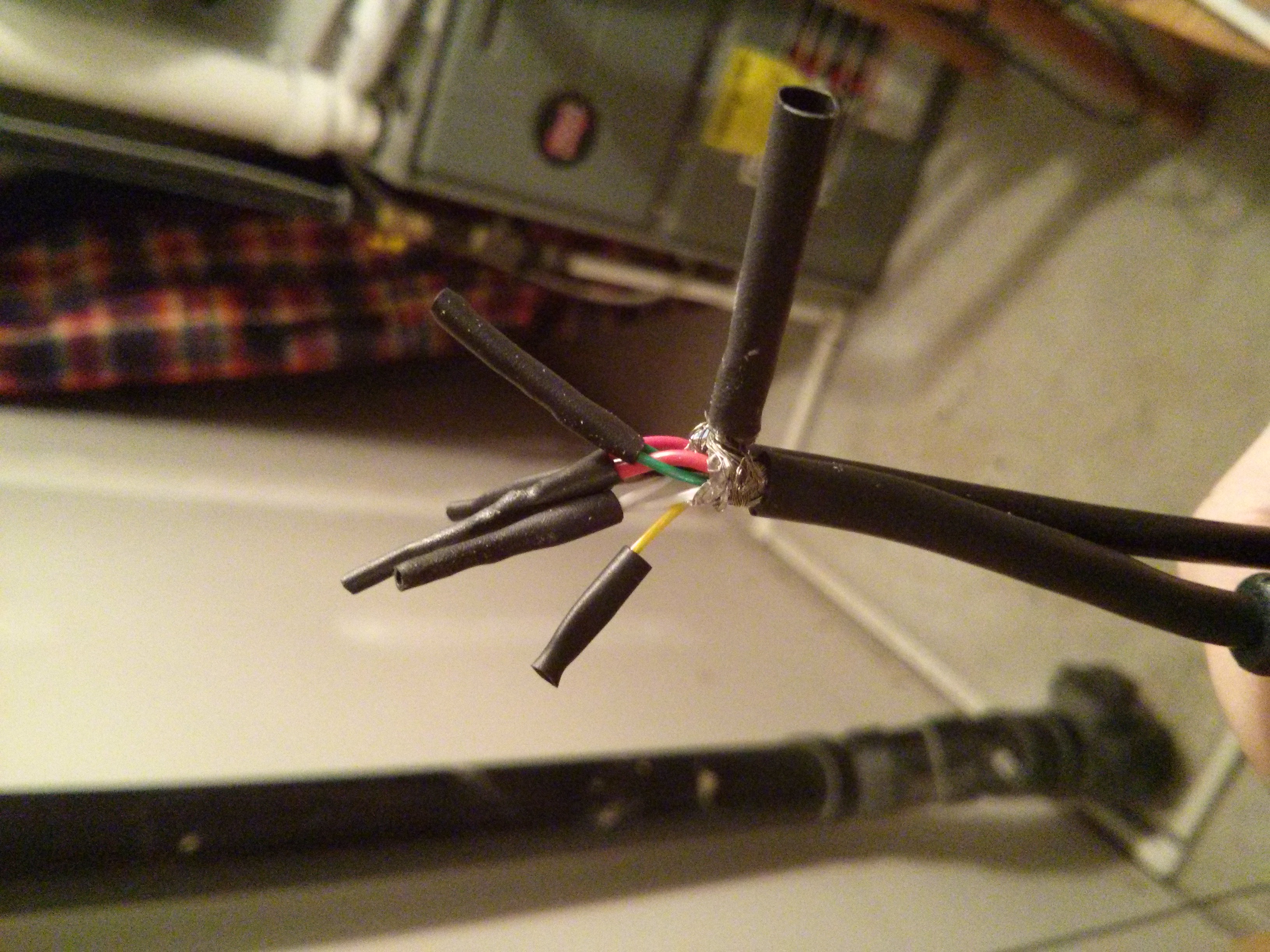 The whole thing was then wrapped with black electrical tape so that nothing would come apart. I downloaded a Linux driver to test functionality of the controller and was happy that it worked on the first time. This is a really simple project but it was still fun to do. In my future tutorials I will explain how to get the xbox controller to work with Raspberry Pi.